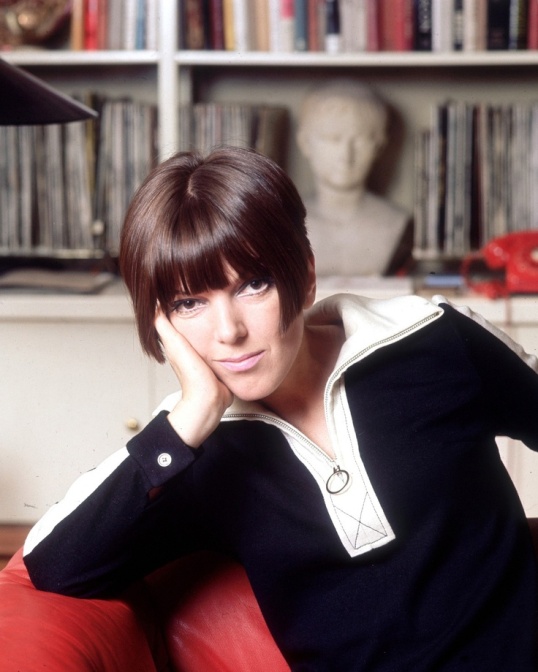 One of the most fun and flirtatious eras in fashion history would have to be the Swinging Sixties. It was an era of change and revolution not only for social trends, lifestyles and politics, but for women’s rights both in and out of the home. More women than ever were entering the paid workforce, and taking control of their lives through the use of contraception. It was an age of innovation. Carnaby Street was the place to be seen in London, and Beatnik fashions were popping up all over Europe and America. Haute Couture houses that had previously dominated the scene were beginning to slow down, with consumers preferring a much more relaxed and easily accessible way of dressing. Miniskirts, culottes, go-go boots, PVC hotpants, and drainpipe denim from Levi Strauss all exploded onto the scene. And there was one British entrepreneur who took it all in her stride. Introducing, Mary Quant!

Mary Quant was one of the biggest and most influential designers in sixties fashions. Her use of colour, innovative fabrics and daring designs became not only her trademark, but that of the era as well. Born on the 11th February 1930 in Blackheath London, Quant grew up in a modest household with her educationalist parents. Of Welsh heritage, Quant always had an inkling towards fashion and design, however her parents forbade her to study in this field. Instead she was allowed to study illustration, and did so at Goldsmiths College in London. It was while she was studying that she met her future husband, and aristocratic man whom she married in 1953. The couple later went on to have one child, Orlando, in 1970. 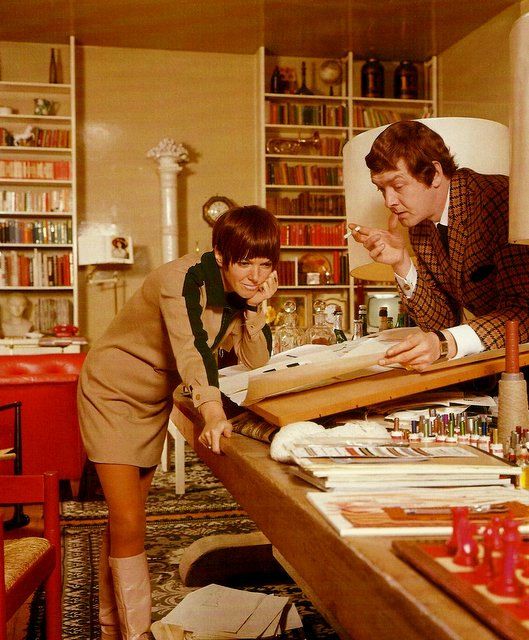 At the completion of her university course, Quant took on an apprenticeship with high end milliner Erik in London. Here she was able to use her creative skill set, with her passion for design and fun fashions growing even more. In 1955 her husband purchased a store on Kings Road in London, and together the couple set up their first store called Bazaar. It stocked many of the current fashion trends of the era, with an increasing audience crying out for more. After Quant began to receive recognition and enquiries about her own clothing that she wore in the store, she decided that she would start making some of the garments herself, adding her own personality to everything she touched.

It wasn’t long until Quant had cornered the market. Her designs were easy, youthful and simple, clothing you could actually move in. She worked in the store by day, and at night took classes on cutting. Shopping at Bazaar was a totally different experience for those who dared to be so bold. Loud music, free drinks and late opening hours was something that attracted many of the ‘Chelsea Set’ during the sixties. Quant used a method of production in the early years known as hand to mouth. By day she would sell her clothes and make a profit, and then by night she would use that profit to purchase more fabric and produce new garments by morning. It was an exhausting way to live, but ensured that Quant was always ahead of the pack with new designs stocking the racks daily. By 1966, the business had grown so much that Quant was now employing manufactures to do this work for her. She had eighteen in total.

Being innovative and opinionated, it’s no surprise that Quant is credited with developing one of the biggest fashion items of all time. The miniskirt was born in the Swinging Sixties, and has remained a constant in fashion in one way or another every decade to follow. Out went the modest knee length hemlines of the fifties, and in came this daring short length. Often paired with bright coloured tights during the freezing British winters, the miniskirt became largely popular. Iconic sixties model Twiggy also help to grow the acceptance of the style, and it soon became a staple of any young, modernist fashionista. Another innovation from Quant was the cheeky and seductive hotpants. Remaining popular into the early 1970’s the hotpant was another design element that struck the fashion world head on! The use of PVC as a fabric also gave Quant a point of difference in her designs, using it for clothing and footwear. 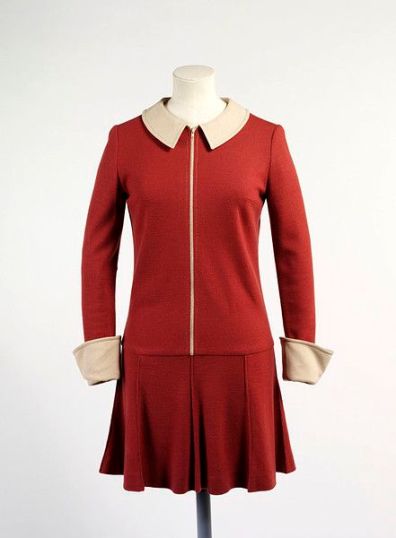 Known for playing with scale and proportion in her designs, Quant also drew inspiration from the Victorian era. She designed garments that replicated Victorian undergarments, such as knickerbockers, but made them from modern fabrics, and promoted them as outerwear. Dancers, musicians and almost anyone from the arts sector in some way influenced Quant and her designs. Over the years, Bazaar grew to entail three stores in London. In 1962, Quant signed up for one of the biggest deals she ever completed, with American department store JC Penney. She also diversified her brand further in the 1970’s, introducing swimwear, hosiery, jewellery, make up and skin care. Interior design was also a side business, with linens, carpets, paint and wallpaper all part of it. A diffusion line of fashion also arose in the seventies called Ginger Group. 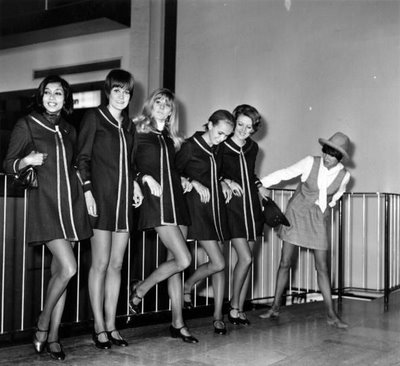 The success of Mary Quant can never be doubted. While still caught up in the heat of it all, in 1966 she was awarded an OBE for her contribution to the industry. In 1988, she worked with car manufacturer Mini to design the interior of their famous little car. And in 2015, Mary Quant became a Dame, recognised furthermore for her everlasting impact of the history of fashion. The Swinging Sixties would not have been as colourful, bright, cheeky or empowering as they were had it not been for Mary Quant!