When you think of grand ball gown designers your mind immediately gravitates towards the names Dior, Balenciaga and Balmain. But not many people would think of the great American designer Oscar de la Renta. He did not come from European decent, nor grace the world with stunning couture pieces during the Golden Age, but his talent and flair for the feminine silhouettes is nothing short of stunning. A grand American designer, de la Renta is best known for his powerful women’s suits and striking ball gowns.

Born on July 22nd 1932, in the capital of the Dominican Republic in the Caribbean Islands, de la Renta grew up surrounded by lush tropics and vibrant colours. He had six sisters, and the siblings lived in a middle class home with their parents. Not much else in known about de la Renta’s early life, until the age of eighteen, when he moved to Madrid to study painting at the Academy of San Fernando. De la Renta had a passion for the arts, and wanted to become an abstract painted. But he soon found a new love for fashion illustrations, and was extremely talent at it also. Nurturing this new found love, de la Renta was extremely fortunate when he landed an apprenticeship with non-other than Spanish royalty Cristobal Balenciaga. It was just prior to his engagement with Balenciaga in 1950, that de la Renta made a lavish debutante gown for the daughter of the US Ambassador to Spain. This gown was strikingly beautiful, and caught the eye of many admirers and fashion elite. So stunning, it was featured on the cover of Life magazine, which is when Balenciaga discovered this talented man, and de la Renta’s place in fashion was secured. 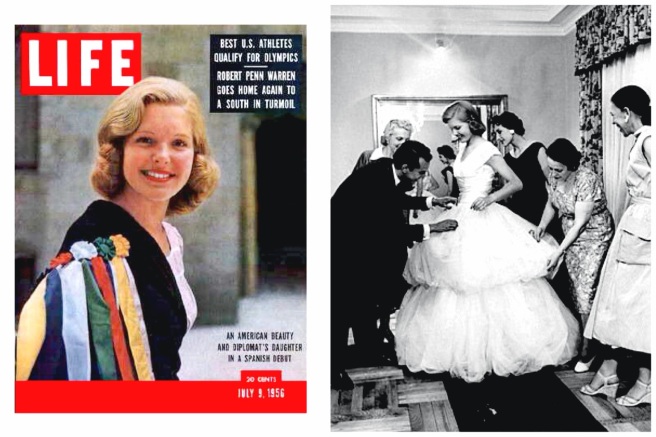 De la Renta apprenticed with Balenciaga throughout the 1950’s, and no doubt learnt many fine skills from this revered couturier. It was then in 1960 that de la Renta decided to move on, and chose the City of Light as his destination. Paris has always been and will continue to remain, the number one city in the world for Avant garde fashion and grand couture. So it was no surprise when de la Renta decided to experience all that Paris had to offer, and he began working as a couture assistant for Lanvin. De la Renta was surrounded by high fashion and master designing for the three years he spend at Lanvin, and the influence that this time had on his career can been seen in some of the lavish ball gowns de la Renta designed under his own label years later. In 1963 it was once again time to move on, and de la Renta chose to head back to the United States and began working for Elizabeth Arden. His close friend and mentor Diane Vreeland, who at the time was editor in chief of Vogue magazine, assisted in his transition and remained a strong supporter of his talents for years to come. At Elizabeth Arden, de la Renta was charged with designing couture gowns for the labels custom made business. No doubt Balenciaga and then Paris had a large influence here! 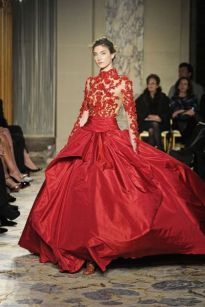 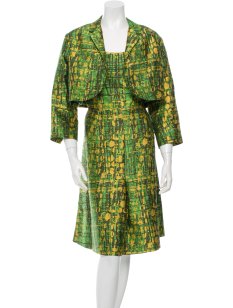 Finally after years of mastering his own skills and strengths, Oscar de la Renta opened a fashion house under his own name in 1965. He received much acclaim upon launching his own brand, and had major success with designing ball gowns in the early years. Many of his clients were wealthy married women who had a desire to be seen in the most lavish and outlandish of attires to prove their status in society. Many of the gowns de la Renta designed for these women were accentuated with ruffles and bows over what was a simple and romantic silhouette. As de la Renta’s career continued to flourish, so did his personal life. In 1967 he married French Vouge editor Françoise de Langlade, and the two became known as the power couple of the time in fashion. The couple were regularly photographed and featured in magazines the world over, and his wife had a strong influence over what de la Renta designed. Tragically in 1983, Francoise de Langlade passed away. A couple of years after her passing, de la Renta decided to adopt a child from an orphanage in his home town. He and his wife had for years been strong advocates for this orphanage and offered it financial support as well. It seemed only natural to de la Renta to give himself so generously to the cause and to his new son.

The success of Oscar de la Renta as a brand continued to grow throughout the 1980’s and beyond. In 1977, the brand launched its first perfume, Oscar, which continues to be a big seller in today’s market. The fragrance line has now divulged into catering for both women and men, and its varying scents are sold in seventy countries around the world. Other areas in which de la Renta chose to lend his name to, include sportswear, plus size clothing, bags, eyewear, men’s accessories and furniture. All of these lines debut in the mid to late nineties and into the early two thousands. De la Renta also saw a gap in the market in 2004, when he chose to release a diffusion line called O Oscar. This range of ready to wear clothing appealed to a wider market who had always wanted to wear designer clothes but could never afford the price tag. This diversion from the main brand de la Renta started was a great financial decision for his business, bringing in over $400 million dollars annually during the 1980’s and 1990’s.

If we take another look at just the fashion success of Oscar de la Renta, there are many wonderful things to discover. In the 1980’s the brand became well known for its high end tailoring of women’s suits. The eighties was the time of the power suit, and de la Renta certainly played a part in this. His suits were cut well and close to the body, and exhibited features of quilting and bold colours. Also during the same period, de la Renta became the preferred designer of First Lady Nancy Regan. He designed many gowns for her during this time, and she more often than not wore one of his creations to all official engagements. His connection with American First Ladies continued throughout the years, designing inauguration attire for Hilary Clinton in 1997, and Laura Bush in 2005. 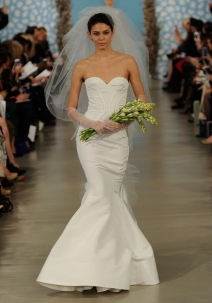 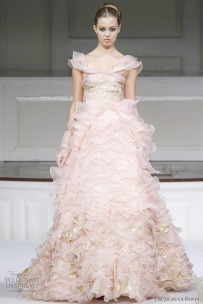 In 1992, de la Renta took on a new challenge, reviving the couture line of a diminished Paris fashion house. From then until 2002, he designed for Balmain in both couture and ready to wear. He did this not under his own name so not to take away from his own brand. De la Renta’s first show for Balmain came in February of 1993, featured spring wear. The pieces were very wearable, elegant, contemporary, and sexy with polished touches. It was the first time an American had designed for the French label, and was very well received. After the end of his collaboration with Balmain, de la Renta added bridal wear to his own brand. In 2006 the Oscar de la Renta Bridal Collection was born, and featured heavy ornamentation and embroidery. The famous character Carrie Bradshaw from Sex in the City, wore one of these bridal creations in a photoshoot for American Vogue at the time of the film’s release.

In 2014, the great American designer was slowly winding down, and decided it was time to hand the reins over to his successor. Peter Copping was appointed as head designer, with de la Renta’s family all being very closely involved in the business as well. His son also chose a career as a designer. A week after de la Renta officially retired, he passed away at age eighty two from cancer. The legacy that he created continues to shine today. He shall always be remembered as one of America’s greatest designers, and the brand he so lovingly nourished, will forever remain part of fashion history. 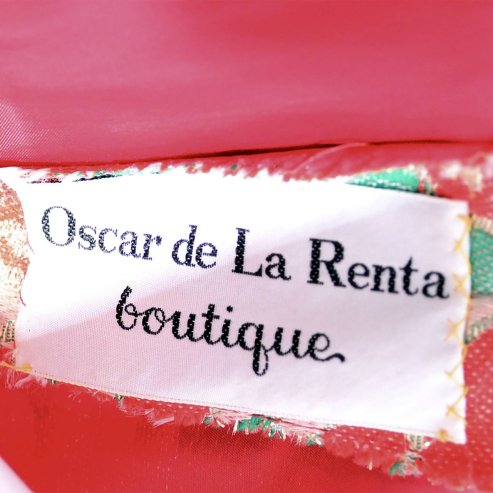