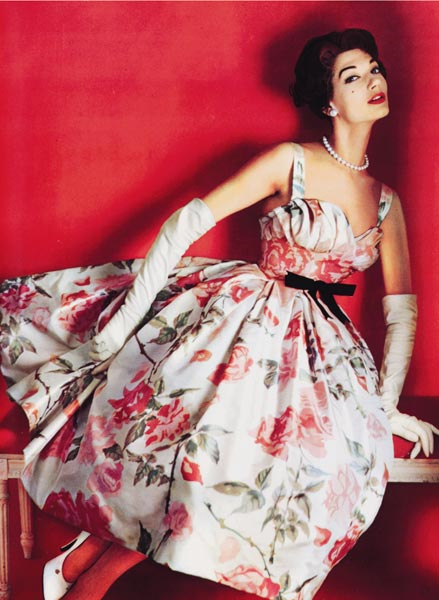 Think post war fashion of the 1950’s and what comes to mind? Grand couture with an Avant Garde flair is what I think of. Nipped in waists, voluminous skirts, master tailoring and monumental lines. A time in fashion history that will always remain as one of the most influential and revisited decades. A time when women became bolder in their clothing choices thanks to the evolution that the end of World War Two bought. A time when couture houses were flourishing again, and a time when the Golden Age was ruled by Dior, Balenciaga and Balmain. Three masters of their trade. Three talents so grand and so different that they all found their place in couture and enjoyed the triumph that followed.

It’s quite obvious now that my passion revolves around this time in fashion history. They were times of grandeur, of opulence, of new found wealth and old money too. They were times when women showcased their feminine qualities and grace. And it was the era in which Pierre Balmain join the ranks of his peers to become one of the most successful couturiers of all time. Born in St Jean de Maurienne, a small alpine village in the Savoie region of France in 1914, Pierre Balmain was influenced by fabric and fashion from day one. His mother and sisters owned and operated a drapery store, and Balmain spent many weekends with his Uncle in the stylish spa town of Aix-les-Bains, where society ladies gallivanted around in couture fashions. Balmain’s family tried to influence him to not enter the rag trade, but instead architecture, as this profession was viewed as more sustainable at the time. He enrolled at the École des Beaux-Arts in 1933 to study architecture, and was relatively good at it. Balmain’s passion for couture was still ripe however, and so he wrote to the leading designers of the time including Robert Piguet and Edward Molyneux, asking for the opportunity to show his sketches in the hope to attain some work. Balmain succeeded in impressing Piguet, who offered him a trail in his Atelier. He never completed his studies. Balmain continued to work as a freelance designer and improve his skills for Piguet for approximately one year, after which he gained recognition form Robert Molyneux and moved on to work in his studio. For five years Balmain continued to polish his abilities in couture alongside Molyneux until 1939, with the ever increasing threat of World War Two on the doorstep of France. 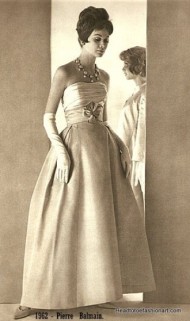 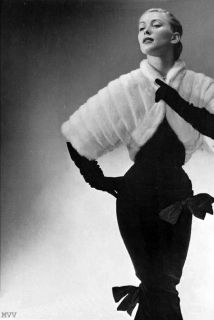 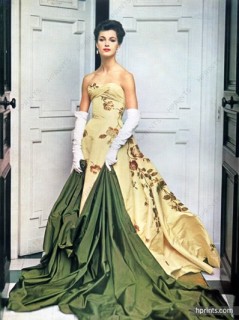 Balmain’s sketches were once again hot property, and during the period of the Second World War, one couture house that was still functioning was that of Lucien Lelong. Balmain was poached yet again from one designer to the next, and he continued to sketch for the House of Lelong during the war period, alongside another young designer know as Christian Dior. By the time the war was over, Balmain was a master of his craft, and decided to go out on his own, opening the House of Balmain on 12th October 1945, in Paris. His initial apparel pieces showcased bell-shape skirts and tiny waists, a look now synonymous with his peer Dior. Vogue declared some of Balmain’s creations “eventful skirts”, showcasing heavy embellishments and embroidery such as leaves, cherries and scrolls. These full bodied silhouettes were part of the post war luxury women craved, and they were always meticulously constructed. A good friend of Balmain’s, Gertrude Stein, who was at the time writing for Vogue, played a large role in Balmain’s success, through her articles published in the magazine. Early celebrity and aristocratic followers include the Duchess of Windsor. 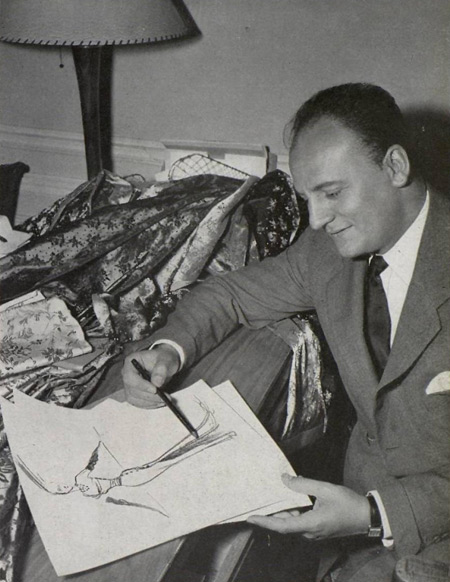 Balmain’s signature style became known as “Jolie Madame”, and it offered a startling contrast to the previous utilitarian look of the times. The style was overtly feminine, with Balmain creating a portrait of his ideal woman. Elegant, strong and modern were adjectives used at the time to describe this look that previewed bouffant skirts, cinched waist lines and rounded statement shoulders. The style became increasingly popular as women were egger to free themselves from the vestiges of wartime hardship. Balmain’s style offered this with the brand soon becoming popular within the hierarchy of royalty and Hollywood. Some of the dames who wore the label were, Audrey Hepburn, Ava Gardner, Marlene Dietrich, Josephine Baker, Bridgette Bardot and Sophia Loren. Balmain also released a Eau d’Parfum at the same time known as Jolie Madame, and with the couturiers trademark complete, he competed alongside his friends Dior and Balenciaga. 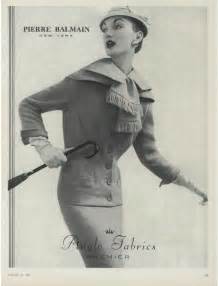 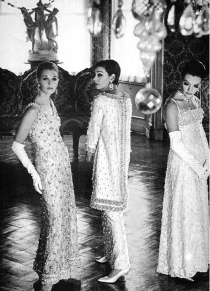 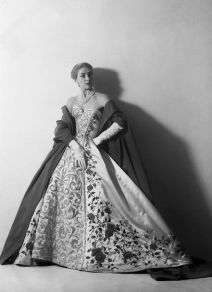 During his reign, Balmain also dabbled in costume design, and was nominated for a Tony Award for his work on the 1980 film Happy New Year. In total he collaborated on sixteen feature films, and he also produced stage costumes as well. Balmain can also be credited with nurturing the talents of future fashion designs, and in 1954, he hired a young Karl Largerfeld after recognising the Austrian’s talents in a competition he was judging. Nowadays, the Balmain brand encompasses much more than couture. It has lent its name to menswear, childrens-wear, footwear, cosmetics, and now even eyewear. A far cry from what Pierre Balmain must have imagined his label would ever become. The grand master died in June 1982, in Paris, after a battle with liver cancer. He had just completed his sketched for his upcoming fall collection.

It was been said many times over the years that couture fashion would not have been revitalized after the second World War, had it not been for the immense talent for Pierre Balmain and his peers, Dior, Balenciaga and Jaques Fath. I don’t think that I will ever find another decade in fashion that I will fall in love with as much as I have the Golden Age. 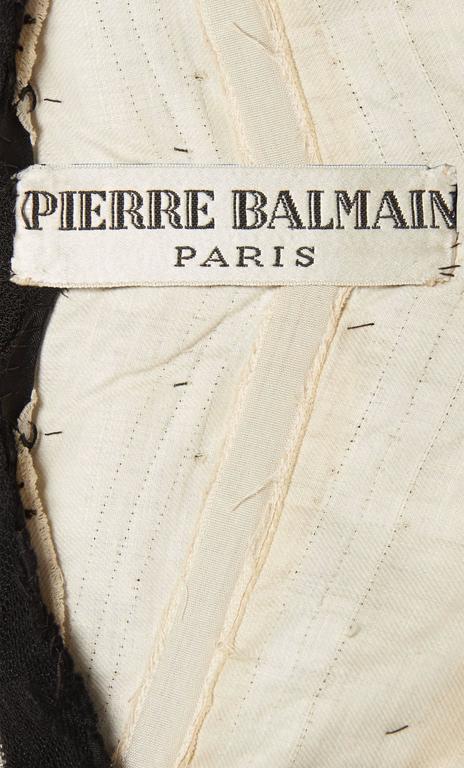